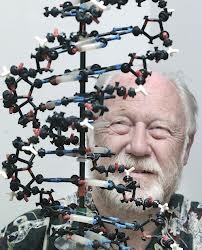 Shortly after World War II, Dr. Blythe Eagles (Dean of Agriculture and Professor of Dairy) taught an introductory course of biochemistry. Dr. Sidney Zbarsky was appointed to the Department of Chemistry and taught the biochemistry course. When the Faculty of Medicine was established in 1950, Dr. Zbarsky was appointed to the newly established Department of Biochemistry in the Faculty. He was soon joined by Dr. Jim Polglase, and by Dr. Marvin Darrach as the Department Head. Teaching by this small staff was augmented in the next few years by faculty from other areas of the campus. Included in this group was Dr. J.J.R. Campbell (Dairy), Dr. Blythe Eagles, Dr. George Drummond (Pharmacology) and Dr. H.G. Khorana (B.C. Research Council).

Initially, biochemistry was a graduate course where students having bachelor degrees in various disciplines such as chemistry, biology and bacteriology were instructed in the chemical processes that occur in biological systems, and were taught some of the laboratory techniques needed of research in this area. The first class of four graduate students was awarded Master’s degrees in 1956.

The Department was housed in two modified army huts located where the Woodward Library stands. One building housed offices and small research laboratories for faculty and students and the other housed the teaching laboratory, a preparation room, and the departmental storeroom. In 1961, the central sections of the basic medical sciences buildings were completed and Biochemistry occupied half of the A-Block. There was a large increase in faculty when Dr. Robert Noble and four of his group moved to UBC to establish the Cancer Research Group. The four younger members were appointed as faculty members in the Department of Biochemistry, and were housed in C-Block beside the Anatomy Department. When the Khorana group left UBC for Wisconsin, Dr. Gordon Tener joined the Department of Biochemistry, his salary and most of his research expenses were covered by the Medical Research Council of Canada. They also paid the salary of Dr. Charles Beer in the Cancer Research Group and later, that of Dr. Michael Smith.

Research was undertaken from the beginning of the department but the new building and additional faculty gave it a great boost. During the 1950’s, important research was done by the Khorana group at the B.C. Research Council. Their work made available many important biochemicals including nucleotides, nucleotide coenzymes, and methods for synthesizing oligonucleotides. Khorana later continued these studies in Wisconsin and was awarded the Nobel Prize for his contributions in solving the genetic code. Research at this time by members of the department advanced an understanding of metabolism, enzymology, and the structural elements of biological systems.

The establishment of the Dental School allowed the expansion of the Biochemistry Department; both the faculty and the building. Among the new appointees was Dr. Michael Smith who had been part of Dr. Khorana’s group but had returned to B.C. to the Fisheries Research Laboratory and then to the Department of Biochemistry. He occupied very cramped quarters in the basement of the building but this did not prevent him from doing excellent research. Later, when the third addition to the building was added, he moved into much better quarters and there he and his group did the research on Site Directed Mutagenesis which won him the Nobel Prize – the first Nobel Prize awarded to a UBC scientist. Video: Dr. Michael Smith, Canadian Medical Hall of Fame.

As the older generation of faculty retired or moved on, a new generation of faculty was appointed. Along with new Department Heads, they set fresh directions for the department, including modernizing the name to The Department of Biochemistry and Molecular Biology to better describe the activities of the department. The department has grown from three faculty members in 1950 to over 40 faculty members, associate members, and instructors today. The four graduate students at the beginning have grown to become a thriving graduate program which currently includes over 60 MSc and PhD students, as well as many post-doctoral fellows. The department continues to train outstanding new scientists and to produce excellent research.