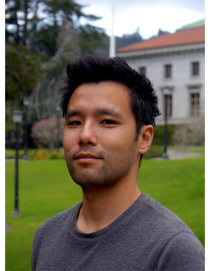 Abstract: The translation of mRNA into protein is a fundamental biological process, regulated by the flow of ribosomes and many biophysical mechanisms that can locally modulate its dynamics. In the first part of this talk, I will present how we studied the determinants of translation dynamics and inferred position- and gene-specific translation rates, by combining deep sequencing experiments (Ribo-Seq) with biophysical modelling of the ribosome traffic. In particular, our study reveals the role played by a sub-compartment of the ribosome called the ribosome exit tunnel, which we confirmed by analyzing the ribosome atomic structure. We further considered evolutionary aspects of the exit tunnel, and studied the geometry, structure and sequence variation of the tunnel across species. In the second part, I will detail the extent of the tunnel variation across domains of life, which also explains certain differences between eukaryotes and prokaryotes in their translation mechanisms. With the recent surge of cryo-EM ribosome structures, I will finally mention our current effort to generalize this approach, and provide more integrative and computational tools to comprehensively analyze the structural heterogeneity of the ribosome, and investigate its biological implications.