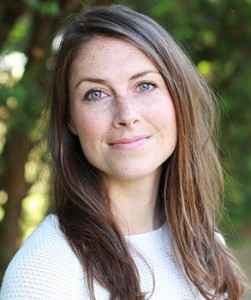 ABSTRACT
Many Gram-negative pathogens use a type III secretion system (T3SS) to
inject effector proteins into the host cytoplasm, where they manipulate host processes
to the advantage of the bacterium. The T3SS is composed of a cytoplasmic export
apparatus, a membrane-spanning basal body with a central channel formed by the
inner rod, an extra-cellular needle filament and a translocon complex that inserts in
the host membrane. In this thesis, proteins involved in T3SS assembly, as well as a
T3SS effector protein were structurally and functionally characterized. The structure
of EtgA, a T3SS-associated peptidoglycan (PG)-cleaving enzyme from EPEC was
solved. The EtgA active site has features in common with lytic transglycosylases
(LTs) and hen egg-white lysozyme (HEWL). EtgA contains an aspartate that aligns
with lysozyme Asp52 (a residue critical for catalysis), a conservation not observed in
LT families to which the conserved T3SS enzymes were presumed to belong.
Mutation of the EtgA catalytic glutamate conserved across LTs and HEWL, and this
differentiating aspartate diminishes type III secretion in vivo, supporting its essential
role in T3SS assembly. EtgA forms a complex with the T3SS inner rod component,
which enhances PG-lytic activity of EtgA in vitro, providing localization and regulation
of the lytic activity to prevent cell lysis. After assembly of the basal body and needle,
the gatekeeper protein ensures the translocon assembles at the needle tip prior to
secretion of effector proteins. The gatekeeper from EPEC (SepL) was crystallized and
it was shown that it has three X-bundle domains, which likely mediate protein-protein
interactions to control translocon and effector secretion. Through comparison of
SepL to structurally characterized homologs, revealed a number of conserved
residues, which may be required to regulate secretion of translocators or effectors.
Finally, SopB, a Salmonella effector protein, in complex with host Cdc42, an essential
Rho GTPase that regulates critical events in eukaryotic cytoskeleton organization and
membrane trafficking was structurally characterized. Structural and biochemical
analysis of the SopB/ Cdc42 complex shows that SopB structurally and functionally
mimics a host guanine nucleotide dissociation inhibitor (GDI) by contacting key
residues in the regulatory switch regions of Cdc42 and slowing Cdc42 nucleotide
exchange.