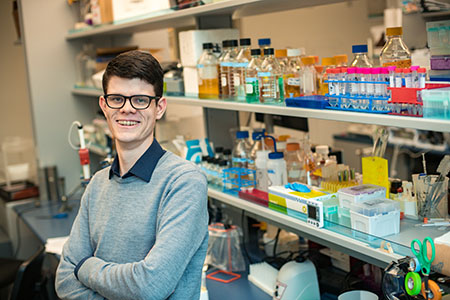 Methicillin-resistant Staphylococcus aureus (MRSA) infections increase mortality and morbidity worldwide, threatening public health. MRSA is resistant to many classes of antibiotics including the most commonly prescribed β-lactam antibiotic class, making treatment of infections difficult. In MRSA β-lactam resistance is primarily mediated by PBP2a, a β-lactam resistant penicillin-binding protein and to some extent, PC1, a β-lactamase. Additionally, β-lactam resistance in S. aureus has also been recently shown to be facilitated independently of PBP2a by mutations in the gene coding for penicillin-binding protein 4 (PBP4), though the mechanisms of resistance have remained mysterious.

In an effort to understand the mechanism of PBP4-mediated β-lactam resistance, two ligand-free and six acyl-enzyme intermediate X-ray crystallographic structures of mutant and wild-type PBP4 were solved. Localized within the transpeptidase active-site cleft, the two substitutions appear to have different effects depending on the drug and findings here suggest PBP4 mediated β-lactam resistance is mediated by at least two separate mechanisms.
The expression of the genes coding PC1 and PBP2a are controlled by two integral membrane proteins: BlaR1 and MecR1 respectively, which consist of a zinc metalloprotease domain and an extracellular C-terminal β-lactam sensing domain which activates the proteolytic domain when acylated by a β-lactam antibiotic. Here, avibactam, a diazabicyclooctane β-lactamase inhibitor, was found to induce expression of pbp2a (which codes for PBP2a) and blaZ (which codes for PC1) in a clinical strain of MRSA.  The X-ray crystallographic structures of the BlaR1 and MecR1 sensor domains showing how avibactam binds will be presented. 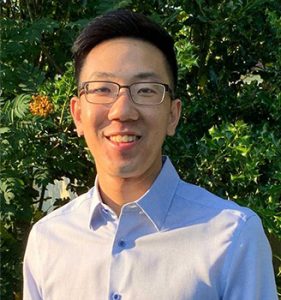 The bacterial cell wall plays essential roles in defense, survival, and pathogenesis. The common practice of disrupting the assembly of cell wall peptidoglycan with β-lactam antibiotics is no longer effective against many bacterial infections due to the development of resistance mechanisms. New therapeutic agents are urgently needed and will rely on extensive research efforts on additional targets such as the assembly of the Gram-positive bacterial cell wall polymer known as wall teichoic acid (WTA). This polymer is a virulence factor, and it regulates vital cellular processes including cell division. In this seminar, structures of enzymes required for WTA production and degradation are presented, revealing their mechanisms of action and critical features that can be exploited for the design of inhibitors. Inhibition of WTA biosynthesis has the potential to treat methicillin-resistant Staphylococcus aureus infections, widespread hospital- and community-acquired infections that can no longer be eradicated by traditional antibacterial regimes.