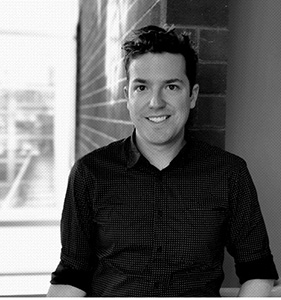 Antibiotics are essential components of modern medicine, but the overuse of broad-spectrum drugs and the emergence of drug-resistant pathogens have led to a looming crisis for global healthcare. Nearly all of our antibiotics are derived from natural compounds produced by microorganisms, and have been honed through millions of years of natural selection. Initial studies of these microbes and the drugs they produced ushered in a ‘golden age’ of antibiotics, but as discoveries dwindled, many believed this natural resource had been exhausted. However, genomic technologies have revealed a wealth of undiscovered antibiotics encoded within bacterial genomes, prompting a return to these microbial chemists for new leads in the fight against resistance.

In the first section of this seminar, I will detail my work developing genomic and metabolomic platforms for antibiotic discovery. Taking cues from proteomics approaches, these platforms use database-dependent search tools to scour mass spectrometry files for antibiotics that were predicted from bacterial genomes. Subsequently, the development of bio- and chemoinformatic methods allowed us to cluster antibiotic structures based on their biosynthesis, leading to the discovery of evolved chemical families with novel bactericidal mechanisms that could bypass resistance.

Following this, I will describe how synthetic biology can be used to rewire selection pressure and direct the evolution of antibiotics in the laboratory. As a postdoctoral fellow at MIT, I used Phage-assisted continuous evolution (PACE) to achieve bioactivity dependent evolution of an antibiotic gene cluster, driving an accumulation of mutations that significantly improved antibiotic production. Looking forward, I will explore how natural and directed chemical evolution can be harnessed to discover or create precision antimicrobial therapeutics that limit resistance.