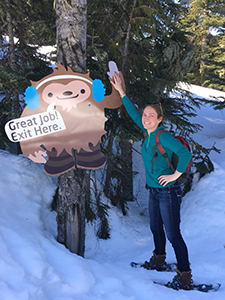 Platelets are small, anucleate cells that circulate in the blood stream and mediate hemostasis, inflammation, and angiogenesis. Platelet transfusions are used to treat active bleeding as well as to prevent bleeding during thrombocytopenia or prior to surgery. A method for genetically modifying platelets might enhance their efficacy and lead to new therapeutic uses for platelets. As platelets are anucleate, directly modifying platelets requires messenger RNA (mRNA). Attempts to transfect platelets with mRNA have not been successful. To determine whether lipid-based materials could be used as mRNA transfection agents for platelets, the ability of four different classes of lipid nanoparticles (LNPs) to deliver mRNA to platelets under various storage conditions was compared, and activation of platelets was quantified. Finally, the ability of platelets to translate and release the mRNA was assessed. Two approaches were taken for mRNA delivery. In one approach, mRNA was synthesized inside of liposomes, indicating proteins, DNA, and small molecules can be delivered to platelets using LNPs. In the second approach, in vitro transcribed mRNA was directly delivered to platelets using icLNPs and cLNPs, and mRNA delivered to platelets using cLNPs was released in microparticles. These were the first examples of direct delivery of mRNA to platelets, and the first step towards creating genetically modified platelets. While protein synthesis in LNP-treated platelets was not detected, optimizing the LNP formulations used here may lead to a transfection agent for platelets that allows for de novo synthesis of exogenous proteins in the future.